“Club rezidence Pod Lučí” is a secluded residence on a forest grade (710 m above sea level) below the Lipno Dam. The building is in the same spot where the original Galitshers (1900) farm building was, which was rebuilt into a holiday cottage for the employees of the Regional Agricultural Building Organization, and later the Agricultural Building Organization in České Budějovice.

In 1992, the building was purchased by its current owner. In 2016-2017, he made a modern retro-style guesthouse resembling the original farm building; it has 7 suites with a capacity of 24 beds with 14 extra beds. There is a large communal living room (150 m2 / 50 seats) including an indoor fireplace and a bar. An entry room with a shoe cabinet and a cloakroom is a part of the communal space in the building. Rooms for bikes, skis and other baggage can also be found here.

The suites have new furniture including an equipped kitchen with a four-hotplate cooker, an oven, a microwave, a dishwasher, a fridge with a freezer, a kettle and a toaster. Each apartment has an LCD TV with Czech channels, its own cloakroom and a bathroom with a separate toilet. The entire building has free Wi-Fi. The safety of the building is ensured by a camera system and an alarm with motion sensors. The whole premises are surrounded by a fence and the entrance gate is protected with a GSM security device with set phone numbers.

For sports and social events, there is a multi-purpose playing field (for tennis, volleyball, foot tennis, football) with an artificial surface and lighting. We also have swings, chutes, climbing walls and a swimming pool for children. The construction of a small ski chairlift for children on the slope at the cottage and an open fireplace with seats for outdoor barbecues. Last but not least, regular operating hours of the restaurant are also planned.

In the close vicinity, there is a cycle route which is connected to a route around the entire Lipno Dam. Trails for hiking can also be found here; the nearest one will take you to the highest point called Luč (933 m above sea level), which is about 1.5 km from the guesthouse. Southward from Luč (250 m), there is a nice higher lookout point from which you can see the Lipno Dam. Holiday Resort Marina (Lipno) is about 3 km from here, as well as Ski Resort Kramolín and Treetop Walkway Lipno. Ski Resort Hochficht is 37 km from the guesthouse, and Ski Resort Sternstein is 24 km away. 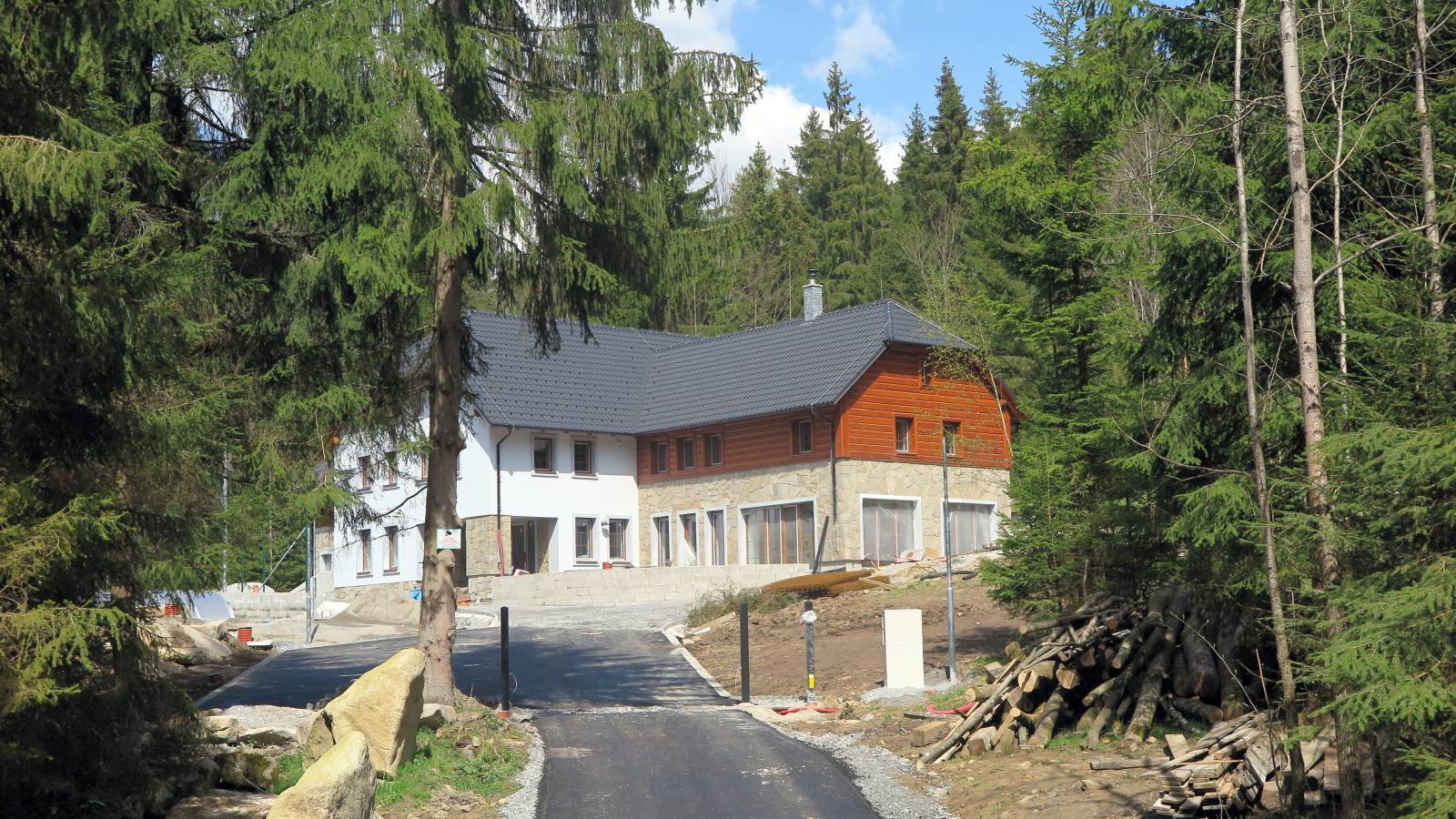 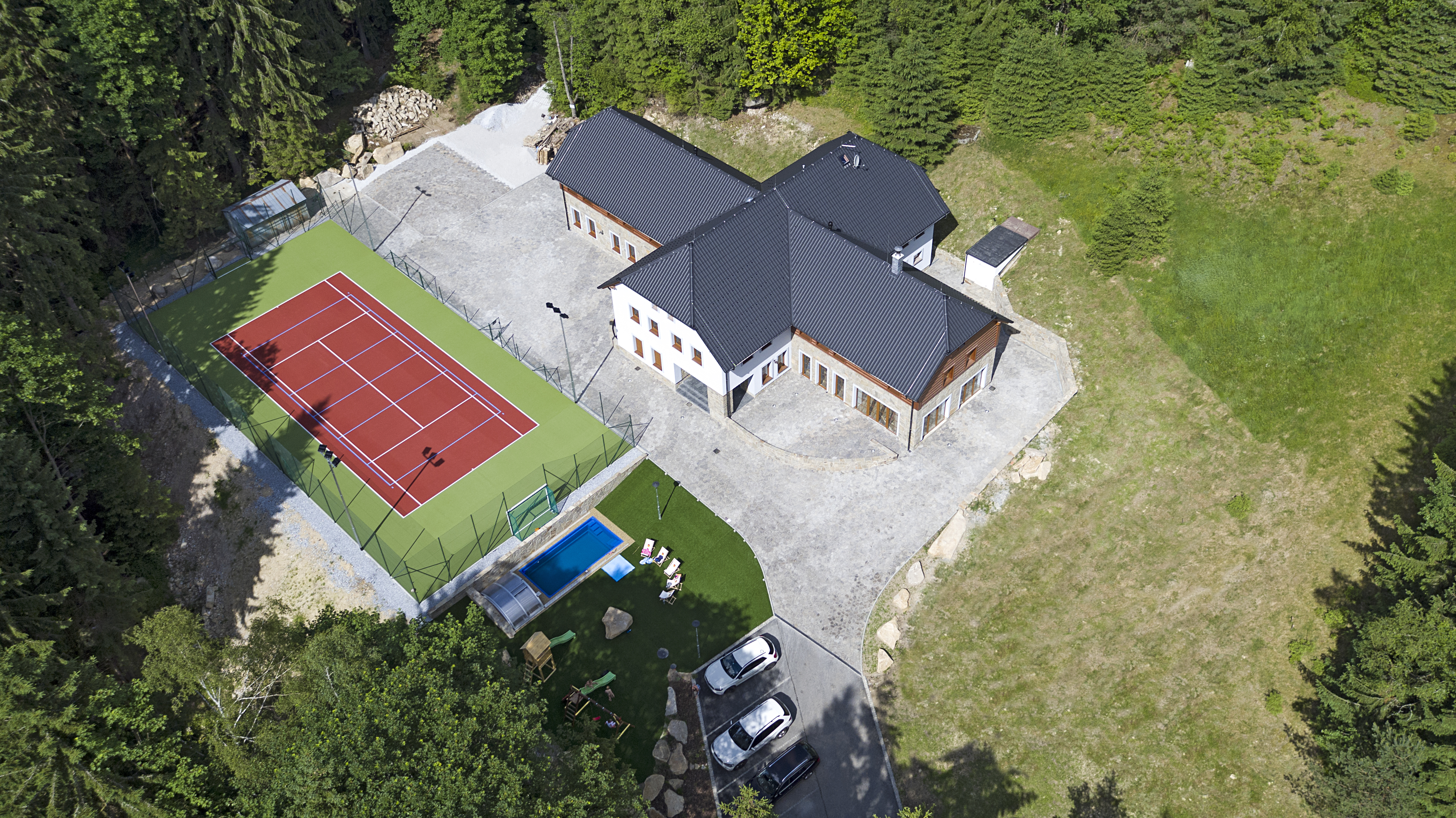 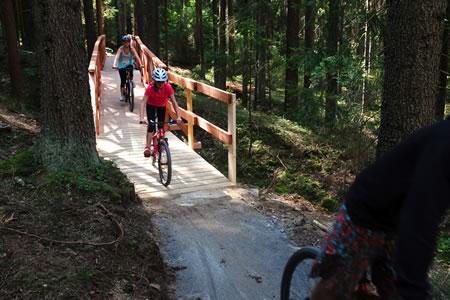 OTHER TIPS FOR TRIPS IN THE VICINITY